The roofing  and first floor windows are completed. Second floor are windows 95% completed. Drywall is installed. Air conditioning air handler units have been started for the ground floor.

Painting, above-ceiling rough in, and tile installation are all underway.

Demolition is underway on existing Building #6

As of June 2020, all structural steel work was completed. The second floor slab was poured and the “Light Weight Insulating Concrete” roof slab was poured. Window and roofing installation is underway.  Interior framing, ductwork and electrical rough-in is also underway.  The project remains on schedule.

The new two-story building on Riviera (New Building #6) is under construction.  The building includes new classrooms, new cafeteria space, and a dance room. The building slab is on grade, all casting beds and panels have been poured and forms stripped. Installation of wall panels began on April 28, 2020.

For the renovation phase of the existing campus, the School Board selected M.C. Harry & Associates as the architect for the project.  M.C. Harry is working in coordination with the architect for the new mechanical and classroom buildings (Alex Silva), and programming documents were submitted in April.  The projected start date for renovations is Fall 2020, with completion in Fall 2021.

The new mechanical/electrical/chiller building exterior is complete and the new plant is connected to the school. This will allow improved electrical and A/C service right away. Demolition of the old cafeteria (Building 7) will be essentially done by February 24, 2020. Site preparation including mechanical and electrical rough-in, and the building pad for the new 36,400 sf two-story classroom building are in progress. Work on the girls’ locker room is in progress.

M.C. Harry architects were commissioned on February 12, 2020 for design work for the renovation of most of the original remaining buildings on campus. Design work is officially underway.

The $29.7 million renovation and reconstruction of Gables High is well underway as evidenced by these photographs. What you are looking at is the nearly completed demolition of Building 7, which housed the old cafeteria and dance room. Three buildings are being torn down to make way for a new 36,400 SF two-story classroom building that will have a new cafeteria, dance room, and many more classrooms. Miami-Dade County Public Schools (MDCPS) estimates that the new building will be completed by December, 2020. “We have come through the worst of it,” said MDCPS Eco-Sustainability Officer, Victor Alonso, at a meeting of School and Community Relations on Friday, January 17, a City of Coral Gables volunteer board where he gave an update. District 6 School Representative Mari Tere Rojas was also in attendance. She is credited with fighting for the dollars needed to make this project a reality.

In addition to the demolition process, Phase One of the renovation plan consists of several improvements aimed at stabilizing the critical building systems and enhancing the physical environment. The new mechanical /electrical /chiller building exterior is now complete and connected to the school. The exterior of the school has been re-painted and some roofing completed.

We are entering Phase Two, which includes remodeling the girls locker room as well as the completion of the chiller plant and electrical vault that will replace the current systems with the capacity to accommodate not only the new building but also the remaining building on campus. Phase Two also encompasses the construction of the new building.

On September 5, 2018, the Miami-Dade County Public Schools (MDCPS) approved an additional $15 million to be added to the $11.2 million allocated for Coral Gables High School in the state General Obligation Bond (GOB), which combined, gives CGHS around $26 million for facilities improvements to be completed over the next 3-4 years.

The Phases of Construction are as follows:

Phase 1: Has already begun. It consists of several improvements aimed at stabilizing critical building systems and enhancing the physical environment. Many items are already substantially completed including select roofing, some exterior painting and interior enhancements in areas of high traffic. 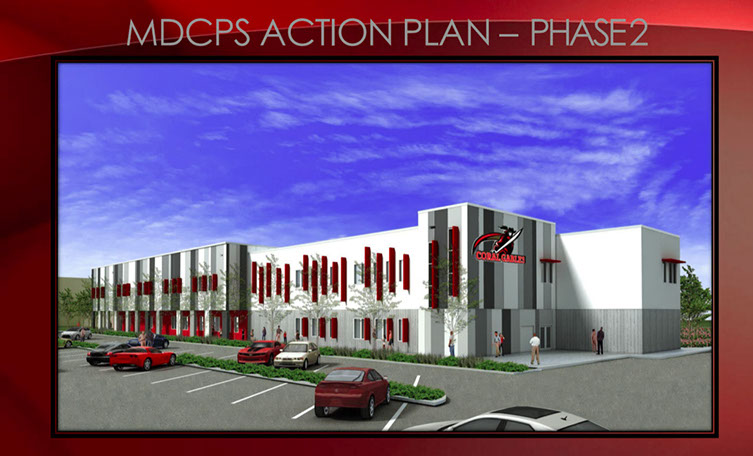 Phase 2: In the summer of 2019, a new two-story classroom building will be constructed that will replace buildings 6 and 7. It is a tilt-up building that will take approximately nine months to complete. In the summer of 2020, the demolition of buildings 6 and 7 will conclude. Phase 2 also includes a new chiller plant and electrical vault that will replace the current systems and be sized with capacity to accommodate not only the new building but also the remaining buildings on campus. Completion of Phase 2 anticipated in 2020. 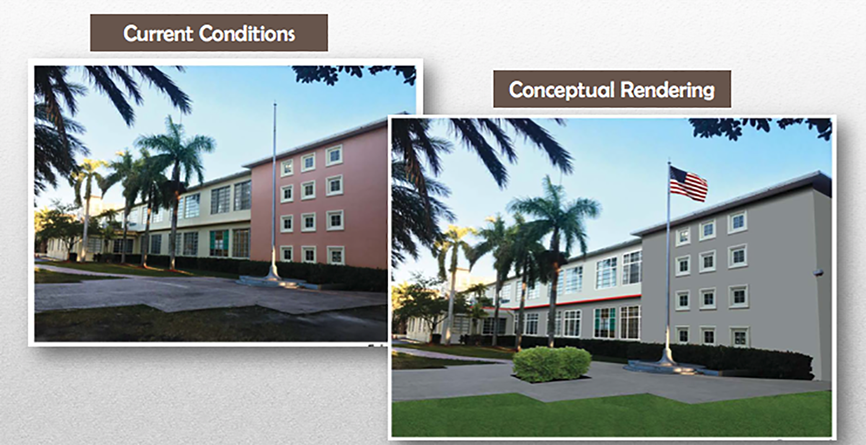 Phase 3: Phase 3 entails full design and renovation of the remaining buildings as seen above. 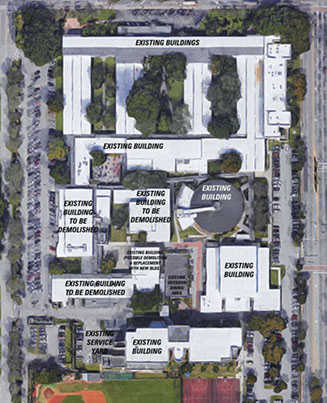 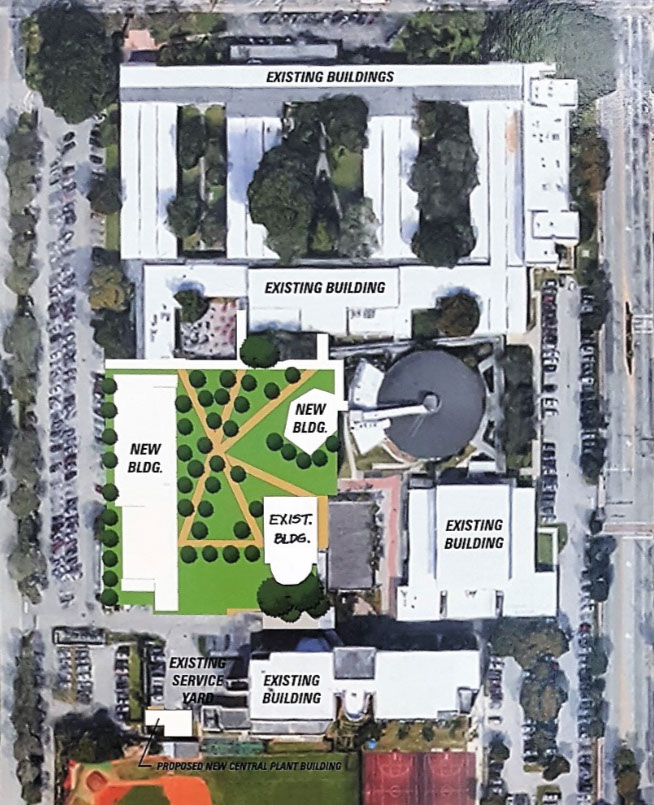 Phase 4: This is where Friends of Gables High comes in. We are advocating for a new band building. Please refer to Who We Are for more information. We also see the need for major renovations to the gymnasium, enhanced landscaping, and new fencing along LeJeune Road.